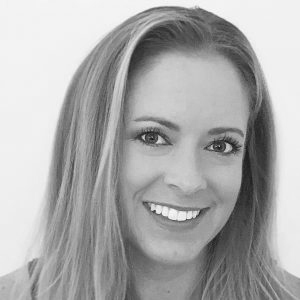 Erin Fleck is a graduate of Indiana University with a BS in Kinesiology and an emphasis in modern dance. At IU, she studied ballet, modern and jazz under Elizabeth Shea, Laura Poole, and Gwendolyn Hamm. Erin also rehearsed with the Ben Munisteri Dance Company and Connie Donapoli, and she was a former member of the Paul Taylor Dance Company. Additionally, Erin was a Corps Member at Gregory Hancock Dance Theatre and a Company Member for the Abigail Alyn Dance Projects. Erin has taught dance at The Academy of Dance Arts in Fishers, Indiana and brings with her a love for dance and a passion for teaching children. 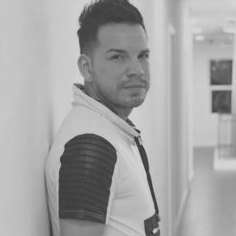 Andrew Tamez Hull (Drew) is a triple threat: actor, dancer, and musician who is talented in three areas of the arts: dancing, acting, and singing. Although Drew has trained in most, if not all, styles of dance, his main forte is Hip Hop. He has spent half of his life competing with Xtreme Dance Force and training with Chicago’s Dance 2XS and Boom Crack. Drew has danced behind artists including Ludacris, Silento, Danity Kane and also choreographed a set for the B96 Pepsi Summer Bash.

As a choreographer, Drew has won numerous awards for his Hip Hop choreography, and he travels to work with the LSU Tiger Girls, one of our nation’s top dance teams. To strengthen his dance ability, Drew has trained in salsa, rumba and tango and swing partner dances. As an actor, Drew has been featured in two major motions pictures including Gran Torino (as a gang member) and was fortunate to work with Clint Eastwood, one of Hollywood’s best directors. Drew also appeared in season two of Empire and acted in Hulu’s tv series Wild Cards episodes 1, 2, and 3, appearing as himself. Drew also had the lead in the indie film Street Boy and has appeared in commercials for Diet Dr. Pepper and Hefty. As a singer, Drew was a finalist in the 2003 Aurora Idol competition and appeared on the TV show Inspiration Sensation on channel TLN in 2005. Currently, Drew has been releasing his music on iTunes under his artist name Dru.

Drew’s main focus is his love of dance, and he has decided to focus on teaching, choreographing, and coaching. Along with teaching and mentoring students at Soul 2 Sole Dance, Inc., Drew also teaches dance classes at Visceral Dance Center and Joffrey in Chicago. Drew is Coach and Artistic Director of Phenom Dance Company at Soul 2 Sole Dance, Inc.. His goal is to inspire and make every student count on the dance floor and to achieve their personal goals. 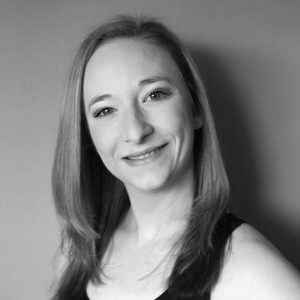 Julianne began her training at the Ballet Barre School of Dance in New Jersey studying all styles of dance. Her love of ballet led her to the Kirov Academy of Ballet in Washington D.C. She continued her training in NYC at the Joffrey Ballet School, Broadway Dance Center and Steps on Broadway. After moving to Chicago, she began training and performing with Inaside Chicago Dance. Since then, during the past ten years, she has taught, performed and choreographed throughout the Chicagoland area and has developed her love for teaching the preschool ages. She is excited to continue working with the little ones at Soul 2 Sole Dance, Inc. during this upcoming season. 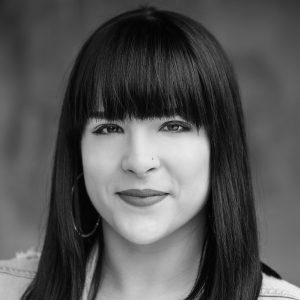 Ava started dancing at Earle Cobb Dance Studio in San Antonio, Texas, training in various styles. She majored in dance at North East School of the Arts. She then went to Columbia College Chicago to continue studying dance where she met Trae Turner and eventually started dancing in Boom Crack! Dance Company and is the current Captain. She has choreographed numerous pieces for Chicago NBA’s BullsKidz, top and platinum scoring pieces at regional and national competitions, and pieces for Boom Crack! Dance Company. She also competed at World of Dance and Hip Hop International, placing top in the country. Ava has been teaching various styles and ages for over fifteen years; she continues to spread a dance aesthetic of her own around the Chicagoland area. 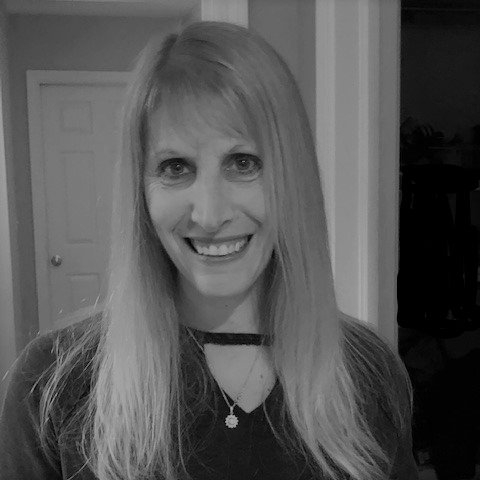 Michelle has worked closely with children and educators from pre-K through high school age. For many years, she taught English and reading at Glenbrook South High School, and she continues to teach ACT prep classes at GBS and privately tutors students to help them improve their test scores. Outside the classroom, she has worked as an editor and writer at a publishing company and as an administrative assistant/office manager in real estate, mortgage, and insurance companies.

Her most-recent position was with the Wilmette Park District where she supported the large staff at the Community Recreation Center. She worked closely with the Early Childhood Center supervisor and teachers and created new systems and procedures to help the Center run smoothly. She also supported the teachers by facilitating special programs and creating and presenting workshops. 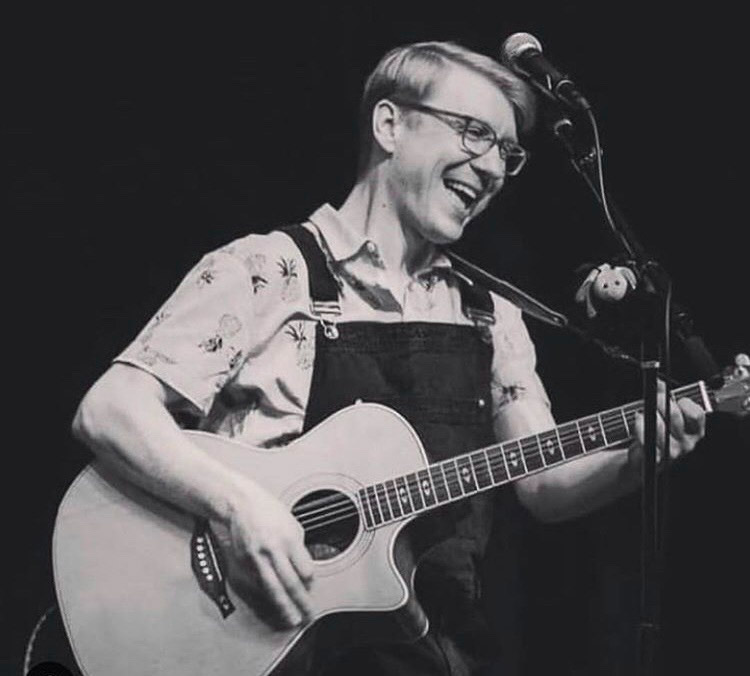 Nicholas Davio (Mr. Nick) is a Chicago-based singer, songwriter, and teaching artist who holds a Bachelor of Music degree from Millikin University with an emphasis in Vocal Performance. Mr. Nick has written songs and toured with the Red Kite Project, which creates sensory-friendly theatrical experiences for children on the autism spectrum. He also performed with Grammy Award Winner Glen Hansard at Lollapalooza in 2014. He currently holds teaching artist positions at The Old Town School of Folk Music and Chicago Children’s Theatre.
To listen to his incredible music and learn more, check out his website: www.nicholasdavio.com. 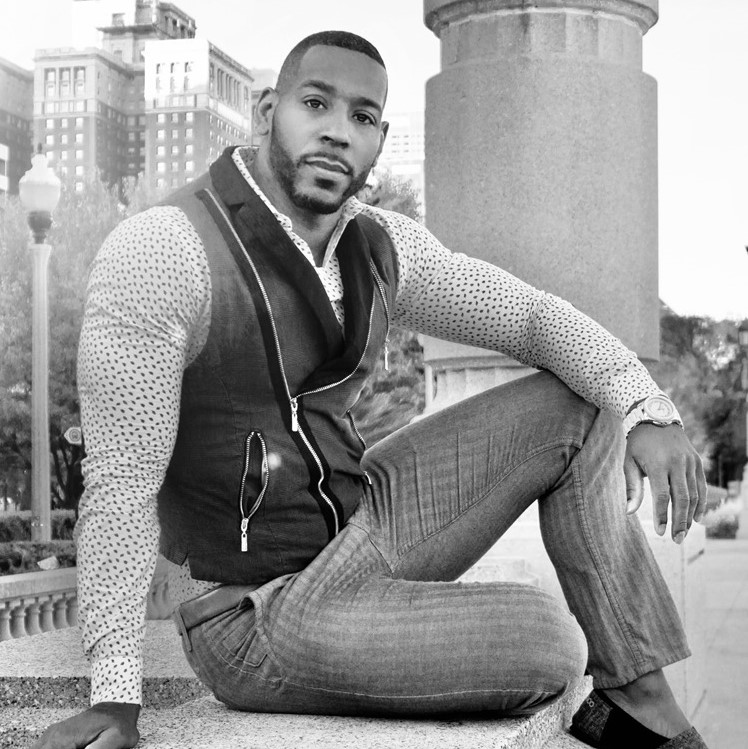 Perry Denton has been an instructor at Soul 2 Sole Dance, Inc. for over five years. He has also been the assistant director, dancer, and choreographer for Gifted Souls Dance Group, one of the biggest salsa and hip hop dance companies in Chicago, Texas, New York, Philadelphia and Milwaukee. He recently finished shooting the Bollywood movie Dhoom 3 where he was a principal dancer. In addition, he has danced for many stars including Brooke Hogan and Ce Ce Pension, Black Eyed Peas and Chicago’s very own BenOne. Perry has appeared three times on the Oprah Show and is currently shooting Chicago Fire. Perry received his dance training from Columbia College in Chicago where he studied all forms of dance including ballet, jazz and modern. Perry has taught throughout the Chicagoland area. He continues to teach more styles of dance including Poms, African and Latin dance. Perry is eager to pass along his gift and love of dance to all his students.

Abby grew up dancing in Los Angeles and came to Chicago to study musical theatre at Roosevelt University. Her favorite role during was Patsy in “Crazy about You.” She loves working with kids of all ages and is excited to join the S2S team! 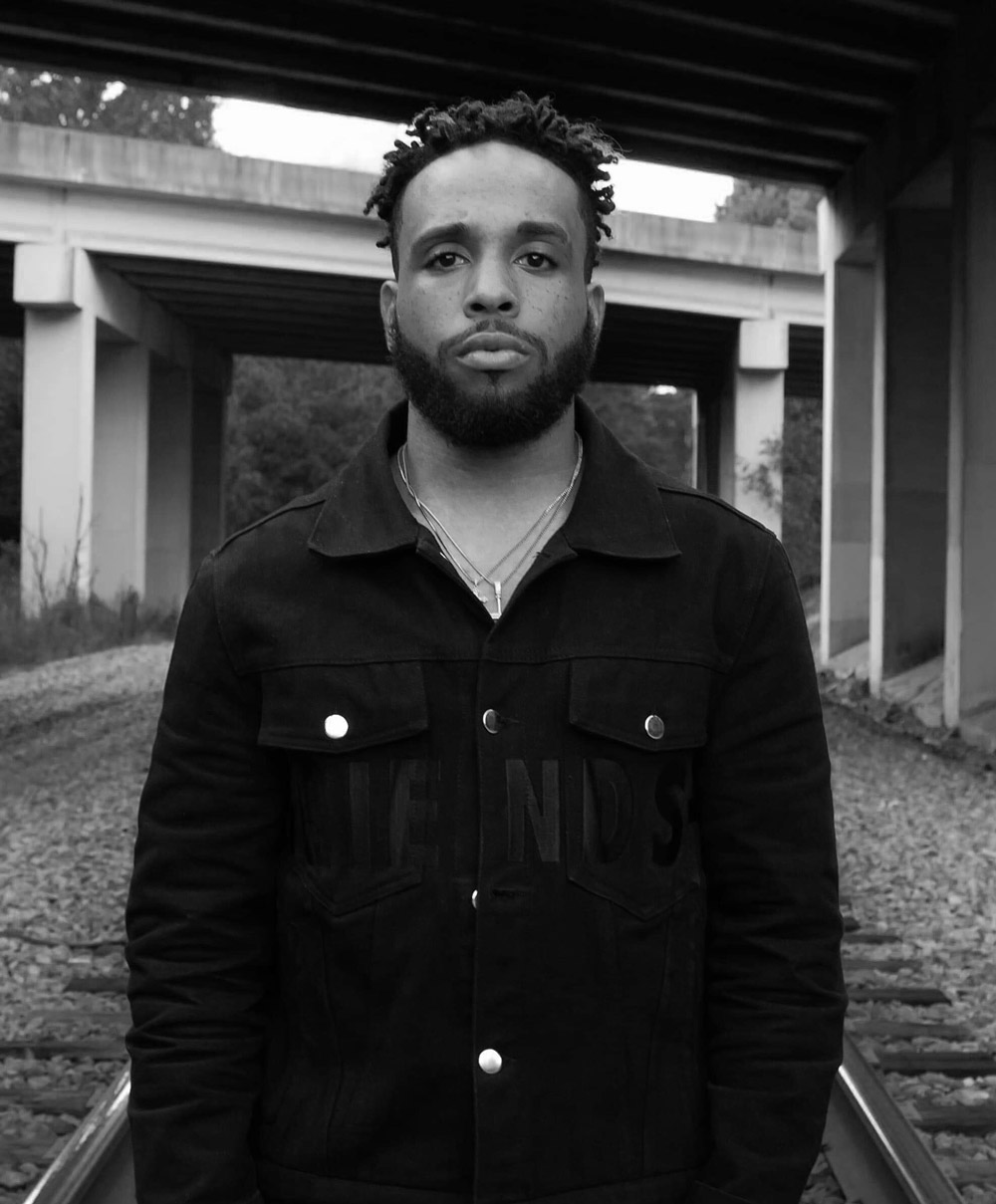 Hailing from Chicago, Pause Eddie began dancing at the age of 15 and has not looked back since. Out of options with nowhere to turn and eager to avoid the violence that plagued his neighborhood, Pause picked up dance as a creative outlet. What began as just a hobby, Pause quickly turned into a full-fledged career teaching all over the U.S. in studios such as Broadway Dance Center, Debbie Reynolds, Millennium Dance Complex, and Hubbard Street Dance. In addition to his teaching credentials, Pause has performed on some of the biggest stages including MTV’s ABDC, America’s Got Talent, World of Dance, Apollo, and Chance The Rapper’s Magnificent Coloring Day tour.

Always remembering his roots, he constantly gives back to the community by training dancers through his company Creation. Pause has also donated his time to different local programs such as After School Matters, as well as teaching in low income/project areas to encourage the youth to better their lives. His unwavering drive to keep pushing his art is motivated by his peers, friends and family, and the tragic death of his brother Kendall. Through all the sacrifice and struggle, he hopes to show that with drive and positive energy. anything is possible. 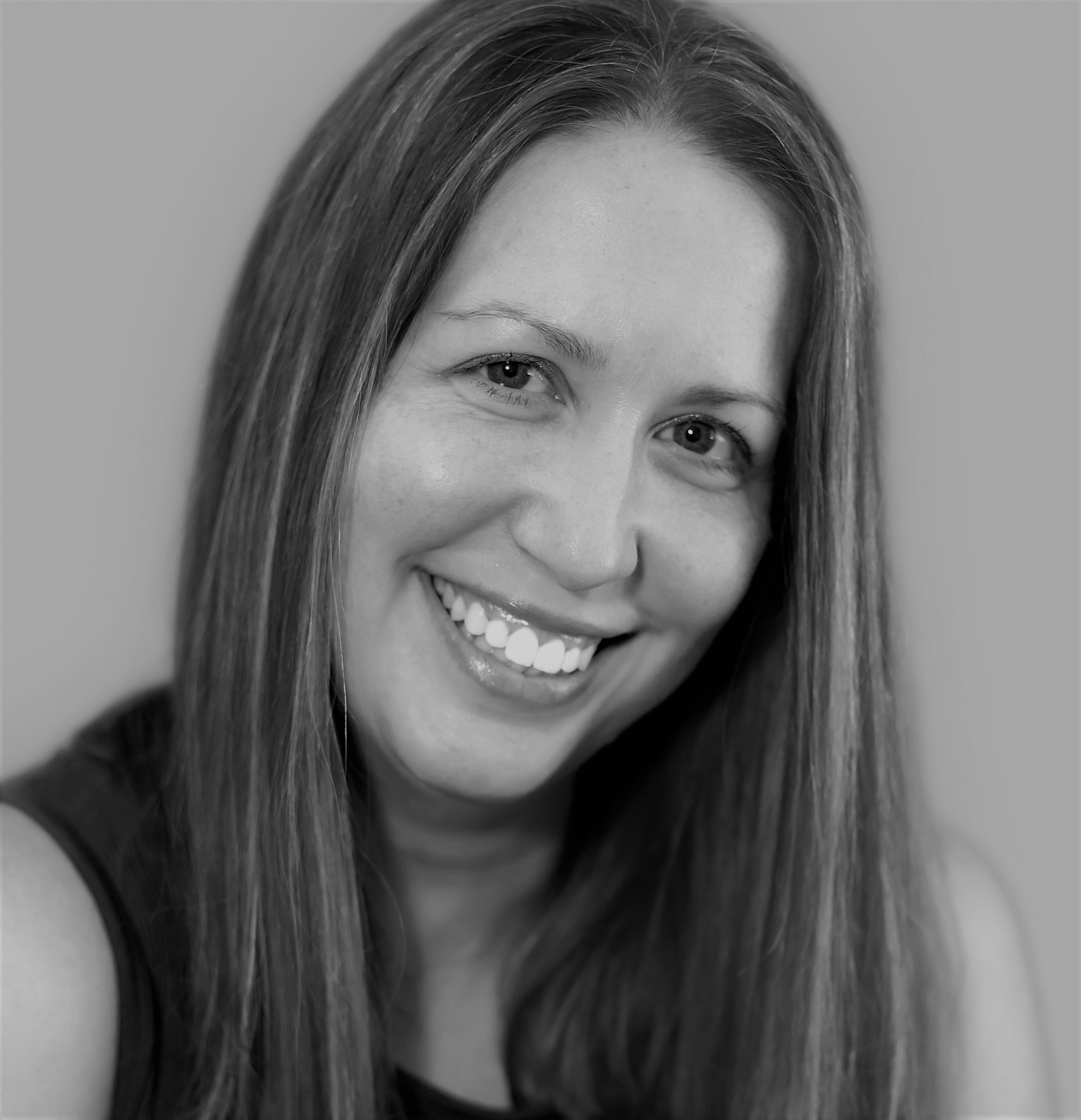 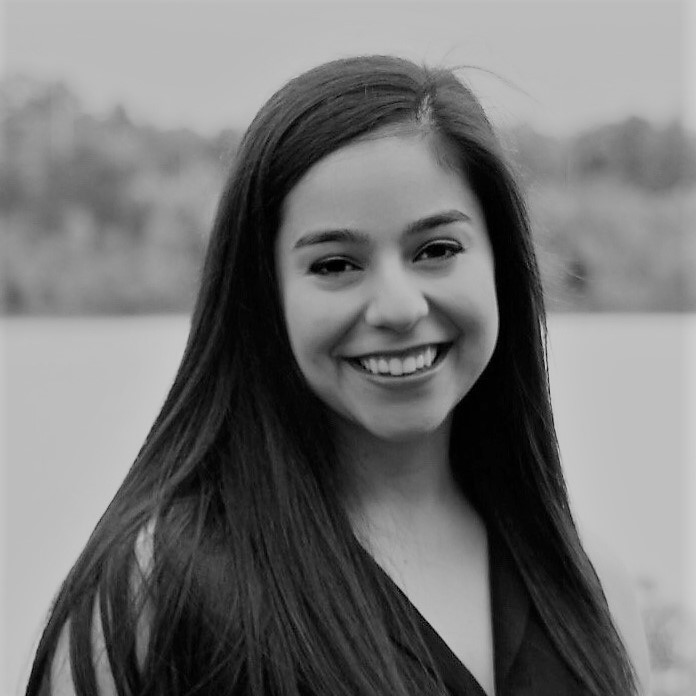 Originally from Carol Stream, IL, Dani began her dance training at the age of 5. She went
on to pursue a B.F.A. in Dance and Minor in Education from The Ohio State University, where
she graduated Summa Cum Laude with Distinction in Dance. Dani has performed in works by
Sarah Hixon, Susan Petry, Crystal Michelle Perkins, and Edward Taketa. She also spent two
summers at American Dance Festival where she was selected to perform in repertory work by
Ronald K. Brown. In 2017, Dani travelled to Denmark where she taught at various Danish youth
programs and performed at Landsstævne and Gerlev Idrætshøjskole. Currently, Dani enters her
3rd performance season with Hixon Dance Company based out of Columbus, OH. She has been
the recipient of the Artists in the Community Resource Grant and the Margaret Noell Kindberg
Award for her performance and education endeavors in Columbus. Dani has taught for various
dance studios and non-profits, sharing her love of dance with over 600 students in the past year. 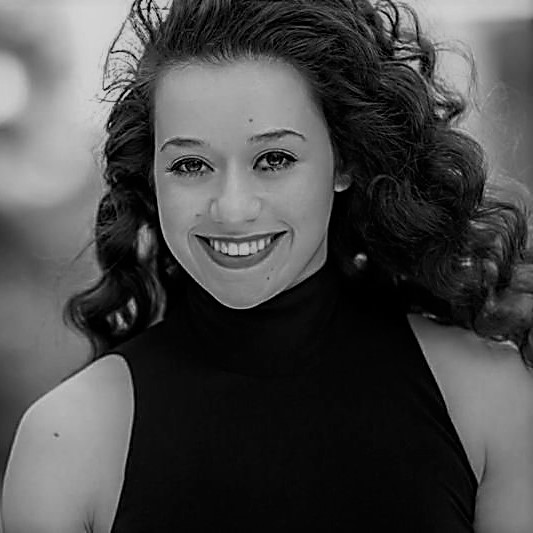 Natalie Schaffer is an actor, singer, dancer, and songwriter from the East Coast. She received her B.A. in Theatre Performance and a Minor in Dance from Wagner College. Since then, she has been performing professionally across the country everywhere from Disney World to the Rocky Mountains. She is also the lead singer and lyricist for Chicago-based band Judy’s Basement which will be releasing their debut EP this autumn. Natalie is very excited to be joining the S2S team and helping her students become the best triple threats they can be! 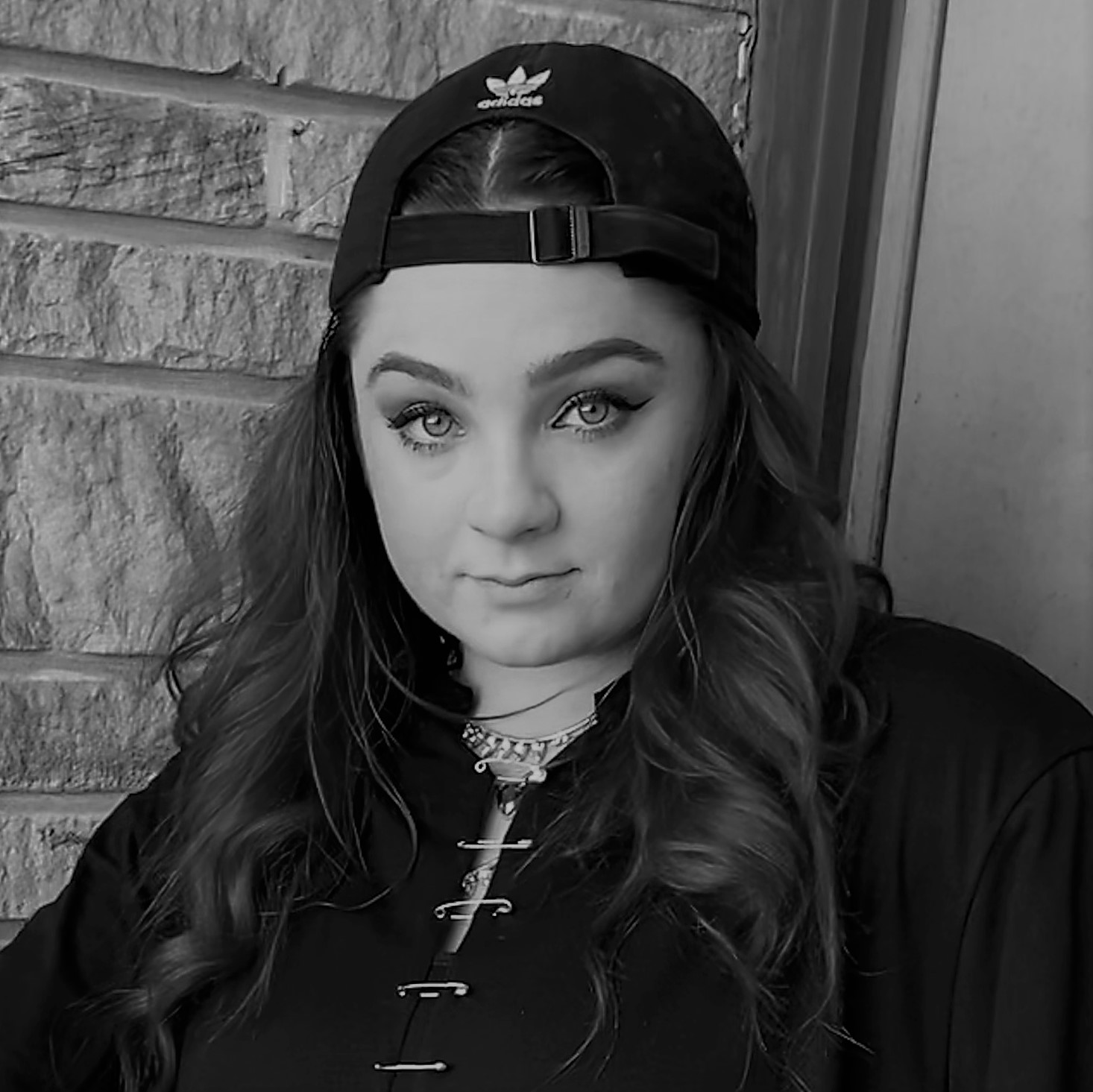 Kenzie Sherry grew up dancing in Pittsburgh, PA. at the age of 3. In addition to dancing at the Thomas Studio of Performing Arts, she also competed in jazz, poms, and hip hop with her high school dance team for four years. After high school, she graduated from the University of Cincinnati with a degree in Secondary Education. During her time at the University of Cincinnati, she was a member and captain of the 7x National 10x World Championship Dance Team. After college, she moved to Chicago to continue her dance career as a performer and a choreographer. She currently choreographs for dance teams all across the country and was featured and the 2020 Famous Footwear holiday commercial. 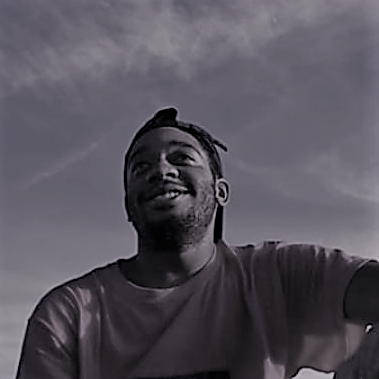 Noah was born and raised on the north side of Chicago. He started dancing at the age of 16 for a program called Hi-Def Dance Ensemble through After School Matters. He has performed all around the City: at Navy Pier, in numerous parades and even dancing for Chance the Rapper. He is a member of Inside Out Professional Company and Blu Rhythm Crew and, as an instructor, he enjoys sharing what he learns with his students. 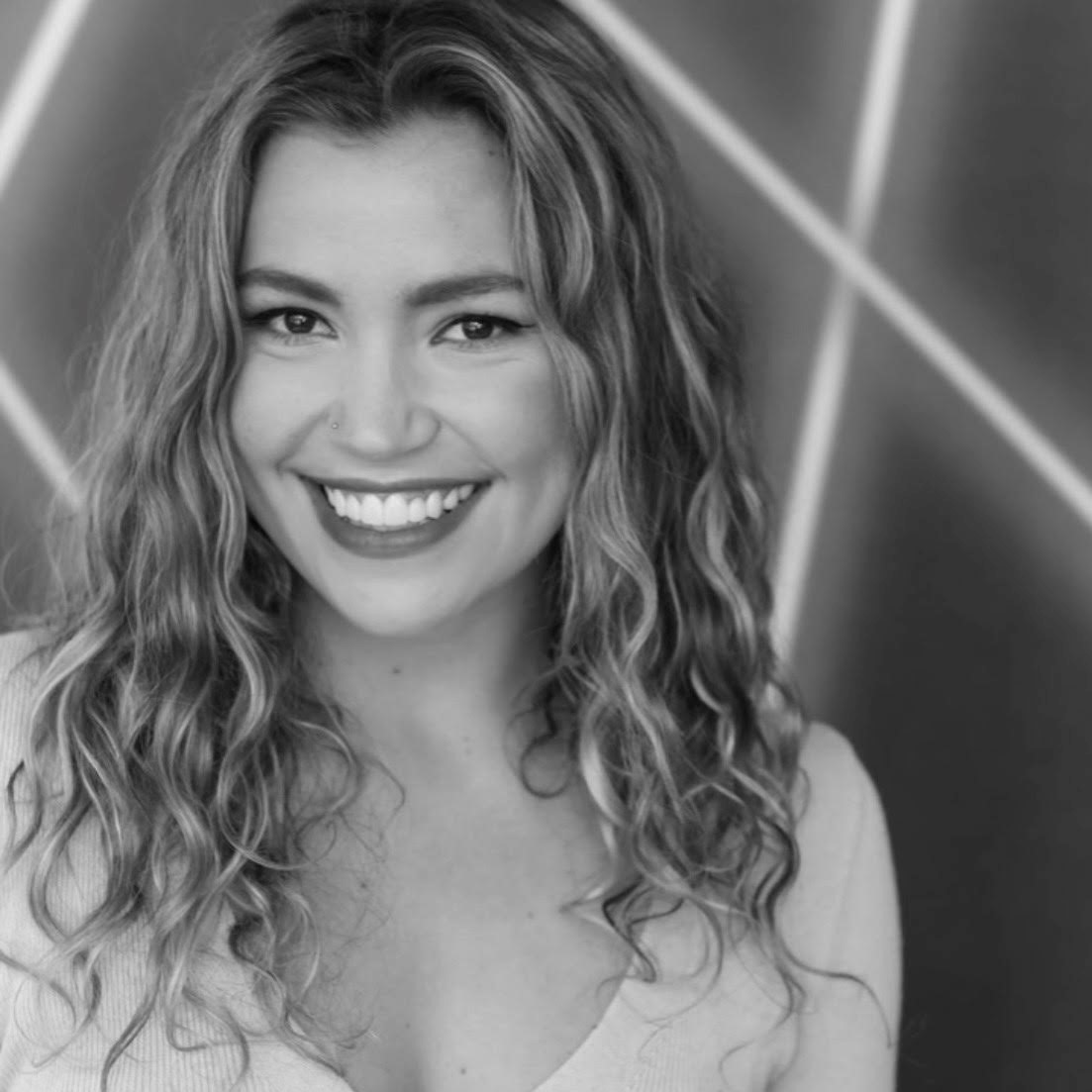 TJ Tapp is a Chicago dancer, singer and actor. She started dancing at her home studio at three years old and has never stopped! She grew up dancing competitively then moved to Chicago to study Musical Theatre in college. She has trained in musical theatre, hip hop, contemporary, tap, jazz, and ballet. TJ is represented by Gray Talent Group and has a BFA in Musical Theatre Dance. She absolutely loves teaching and is so excited to be part of the Soul 2 Sole family! 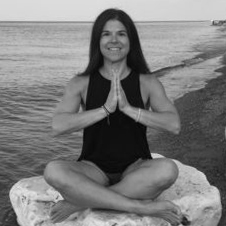 Robin has been practicing yoga for over 15 years and teaching children’s yoga for three years. She uses the knowledge she has gained as a preschool teacher, special educator, and mother to guide children as they begin their journey with yoga. Robin is extremely proud of how the joy and skill of yoga enhances children’s lives. She is passionate and inspired to give the gift of yoga to each child she teaches.